An international seminar on Internet Activism will take place next 18 May (2:30 p.m.) in building ID, ground floor, Sala 0.06, at the Faculty of Human and Social Sciences of the New University of Lisbon. It was organized by the Institute of Communication at NOVA (ICNOVA) of FCSH NOVA in collaboration with the Center for Research at the University of São Paulo (ATOPOS), and it counts on the participation of Prof. Massimo di Felice of USP and the presentation of several projects in the field by doctoral candidates and post-doctoral fellows.

A roundtable will bring together a variety of investigators and lectures from ICNOVA and FCSH NOVA.

3:15 p.m. – Brief oral presentations of the research of doctoral candidates and post-doctoral fellows about the issue of Internet Activism.

4:30 p.m. – Signing of the Agreement between ICNOVA (GI CM&A/Internet Activism Observatory) and the ATOPOS Research Center (University of São Paulo).

Abstract of the talk by Massimo di Felice

“Internet Activism and the connective quality of digital interactions via networks”

The latest generations of connectivity (Internet of Things, Internet Everything) and the spread of sensors throughout ecological and urban environments have come to create an unprecedented form of interaction between humans and things, devices, data and biodiversity. The nature of this transformation prompts us to rethink the morphology what is social, extending the concept to nonhumans, data, and a broad spectrum of types of intelligence. In this context of networks and connective interactions, we must ask about the digital and computerized nature of action, subject, and citizenship.

Massimo di Felice holds a degree in sociology from the Università degli Studi La Sapienza (1993) and a PhD in Communication Science from the University of São Paulo (2001) and a post-doctorate in Sociology from the University Paris, Descartes V, Sorbonne (2012). He is a professor at the University of São Paulo, where he teaches in the undergraduate and post-graduate programs at the School of Communication and Arts (ECA/USP). He has taught as a visiting professor at the Università Roma III (Itália), Université Paul-Valéry Montpellier III (França), and the Universidade Lusófona (Portugal). His experience ranges from Sociology and Anthropology to Communication, while in recent years he has turned his attention to research into complex networks in three dimensions. Firstly, he has studied alterations in inhabited conditions arising from the spread of interaction between networks of information and the environment. Publications in this field include “Paisagens pós- urbanas – o fim da experiência urbana e as formas comunicativas do habitar (Post-urban landscapes – the end of the urban experience and the communicative forms of inhabiting” (2009); “Pós humanismo” (Post Humanism) (2010) and “Redes Digitais e Sustentabilidade – as relações entre o homem o meio ambiente na época das redes (Digital Networks and Sustainability: Relationships between humans and the environment in the age of networks)” (2012). The second dimension looks at the significance of the alterations of actions in digital networks, through international studies about Internet Activism that received Fapesp funding (Aid for Regular Research). This line of investigation has yielded several international articles and two books, “Do público para as redes (From the public to the networks)” (2008) and “Net-ativismo: as ecologias das interações nas redes digitais, da ação social ao ato conectivo (Internet Activism: the ecology of interactions on digital networks, from social action to the act of connection” (2017). di Felice’s third area is the study of the Digital Commons and overcoming the human-technical and industrial idea of communication. He has also published several essays and articles in a variety of European journals, such as La Critica Sociologica (Univ. La Sapienza, Roma), Ágalma (Univ. Tor Vegata, Roma) and Sociétés (Ceaq, Univ. Sorbonne). In Brazil, he is the coordinator of the Atopos collection (Editora Annablume) and the Era Digital collection. (Editora Difusão). 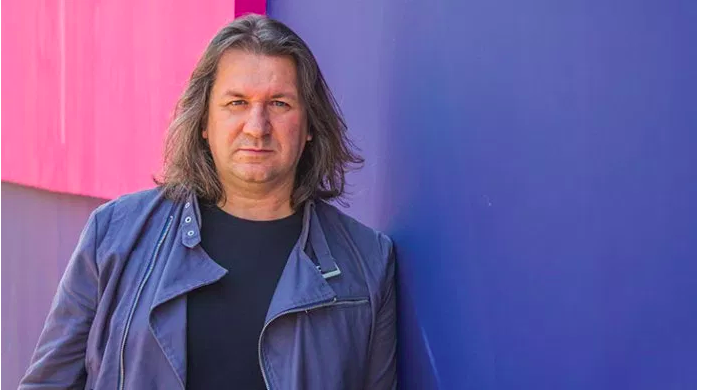