ICNOVA will commemorate World Africa Day on 25 May (1:00 pm) with the launch of a digital workshop entitled “Narrativas Afro-Europeias (Afro-European Narratives)”. The launch will take place at the library of the Foundation for Science and Technology (FCT) – at the New University of Lisbon Monte da Caparica Campus. It will count on the participation of Maria Teresa Cruz, the principal researcher for the European project. At the end of the afternoon, the program will continue on to a debate between partners and guests about topics regarding culture and the arts (literature, cinema and theater): John Pitts (Afropean, UK), Kalaf Epalanga, Kiluange Liberdade and Zia Soares (Teatro Grot). The “Afro-European Workshop” aims to produce digital narratives about the memories and stories of links to African countries and cultures as well as current stories of socializing and cultural dialog (by way of customs and tastes, of music and dance, of literature and cinema, etc.). This is an initiative of the European “Afro-European Narratives” project, which aims to create a web platform for narratives about the Afro-European experience and culture.
The European “Afro-European Narratives,” for its part, is included in the EU “Europe for its Citizens” and the  “International Decade of Afro Descent” (2015-2024) that was proclaimed by the UN.

Admission is free, subject to prior booking at afroeuropeannarratives2017@gmail.com

Project Co-financed by the EU | Europe for Citizens (EACEA) 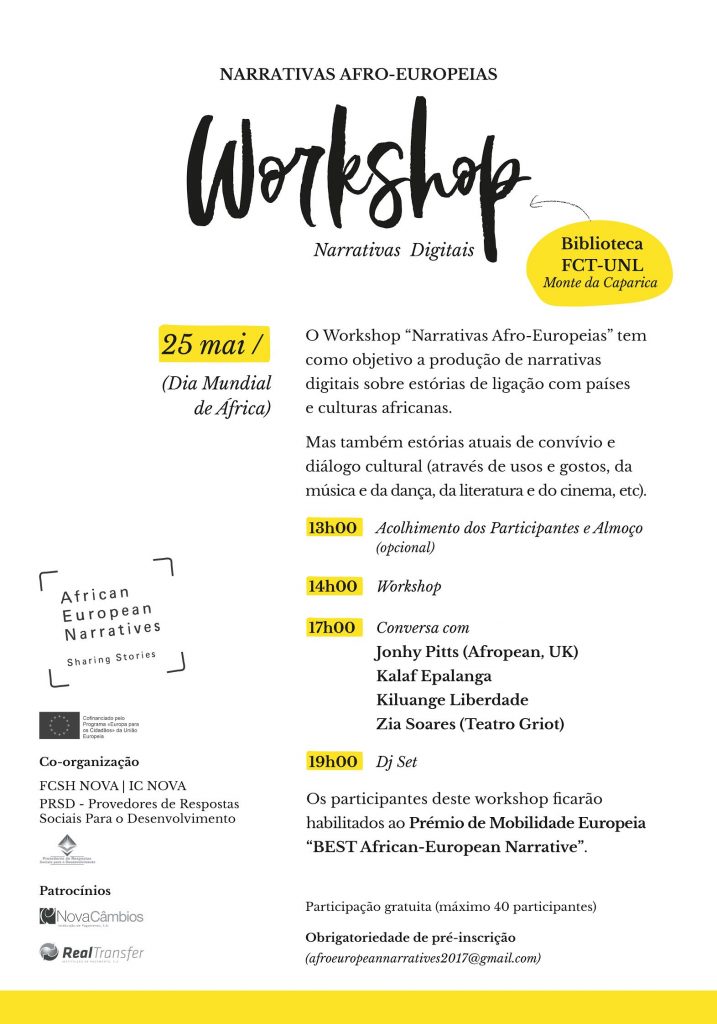