Next month, EVAM ICNOVA Observatory will streamline another session Photo-Film Conversations. To talk about “Georges Didi-Huberman’s Work on Assembly Policy” we will have as guest Stijn de Cauwer (KU Leuven). The conversation in English is moderated by Maria João Mayer Branco (IFILNOVA / NOVA FCSH).

*The talk will be in English.

The Politics of Montage in the Work of Georges Didi-Huberman

In his work of the past few years, Georges Didi-Huberman has provided various analyses of films to illustrate his theories about images and montage. In this talk, two examples will be discussed, namely Didi-Huberman’s reading of Chris Marker’s Le fond de l’air est rouge as exemplary for his recent interest in gestures of uprisings, and his critical exploration of the work of Jean-Luc Godard and the problem of propaganda. These examples reveal a series of recurring points of tension in the theories of Didi-Huberman, such as the tension between gestures and historical context, the tension between montage as a critical tool and propaganda, and the tension between words and images. These issues have been discussed by Didi-Huberman in a critical dialogue with the views of Jacques Rancière, W.J.T. Mitchell and Roland Barthes. Furthermore, the tension will be clarified between Didi-Huberman’s theoretical political concerns and his focus on the politics of gestures, especially in the Soulèvementsexhibition. Finally, some recent examples will be discussed of political documentary works that extend the theories of Didi-Huberman in new directions.

Bios
Stijn De Cauwer is a postdoctoral researcher in cultural studies at the University of Leuven and guest lecturer at RITCS School of Arts in Brussels. He co-edited a special of Angelaki titled Critical Image Configurations: The Work of Georges Didi-Huberman(also published as a book by Routledge). He is the editor of Critical Theory at a Crossroads: Conversations on Resistance in Times of Crisis (2018), co-editor of 50 Key Terms in Contemporary Cultural Theory (2017) and author of A Diagnosis of Modern Life: Robert Musil’s Der Mann ohne Eigenschaften as a Critical-Utopian Project (2012).

Invited chair: Maria João Mayer Branco teaches at the Philosophy Department of the Universidade Nova de Lisboa. She studied at the Universidade Nova de Lisboa and at the Università degli Studi di Pisa and worked extensively on Nietzsche, Kant, and Aesthetics. She co-edited several volumes on Nietzsche, and she published various papers on her main research interests in Portugal, Germany, France, Italy, Brazil, or Spain, as well as texts on the work of artists. 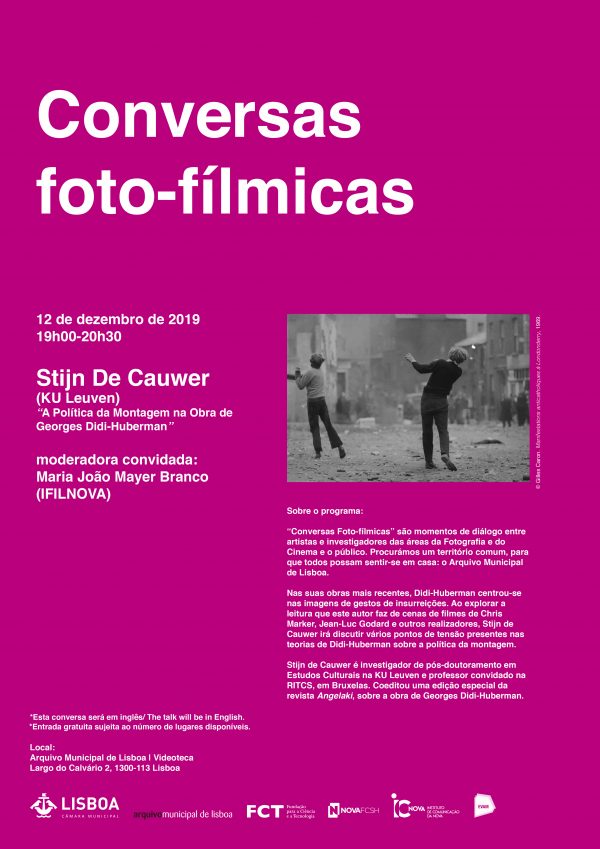