Another edition of the Seminário Permanente do GI Performance & Cognição// Permanent Seminar of ICNOVA’s Performance & Cognition research group is scheduled for next February 10 (6:00 pm) in Auditorium 3 of NOVA FCSH. Tiago de Luca, lecturer in cinema at the University of Warwick, England, will provide a panoramic view of what has commonly become known as ‘slow cinema’. On the one hand, he will look into the cinematographic aesthetics the term refers to and its historical roots, as well as its emergence as a contemporary discourse in Anglophone cinema criticism. 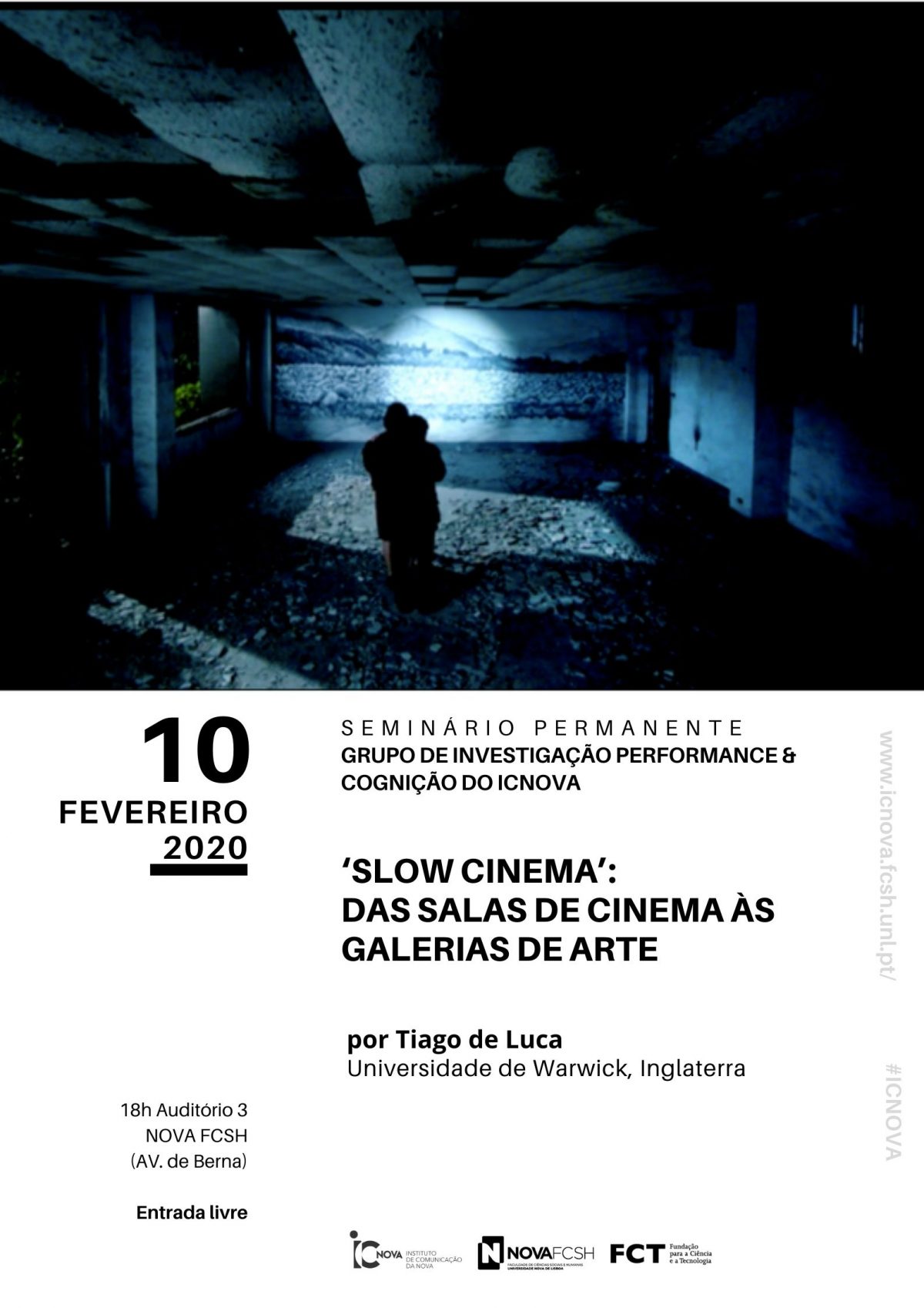