The 2020 report of the Media Pluralism Monitor (MPM), coordinated by the European Institute in Florence, was published last July and can be found at https://cmpf.eui.eu/mpm2020-results

The report analyzes the state of media pluralism in the 27 countries of the EU plus Albania and Turkey. Four main topics are investigated – basic protection of journalists, political independence, social inclusion and market plurality. Several questions were added to the MPM this year to boost scrutiny of the increasingly digital nature of the European media landscape. The year 2020 has witnessed increasing numbers of threats to journalists, with more and more attacks on their digital security and privacy including online harassment, as well as the risk of the political exploitation of public media and other threats to democracy in several European countries. The Portuguese team consists of ICNOVA researchers Francisco Rui Cádima (coordinator), Carla Baptista, Luís Oliveira Martins, and Marisa Torres da Silva. 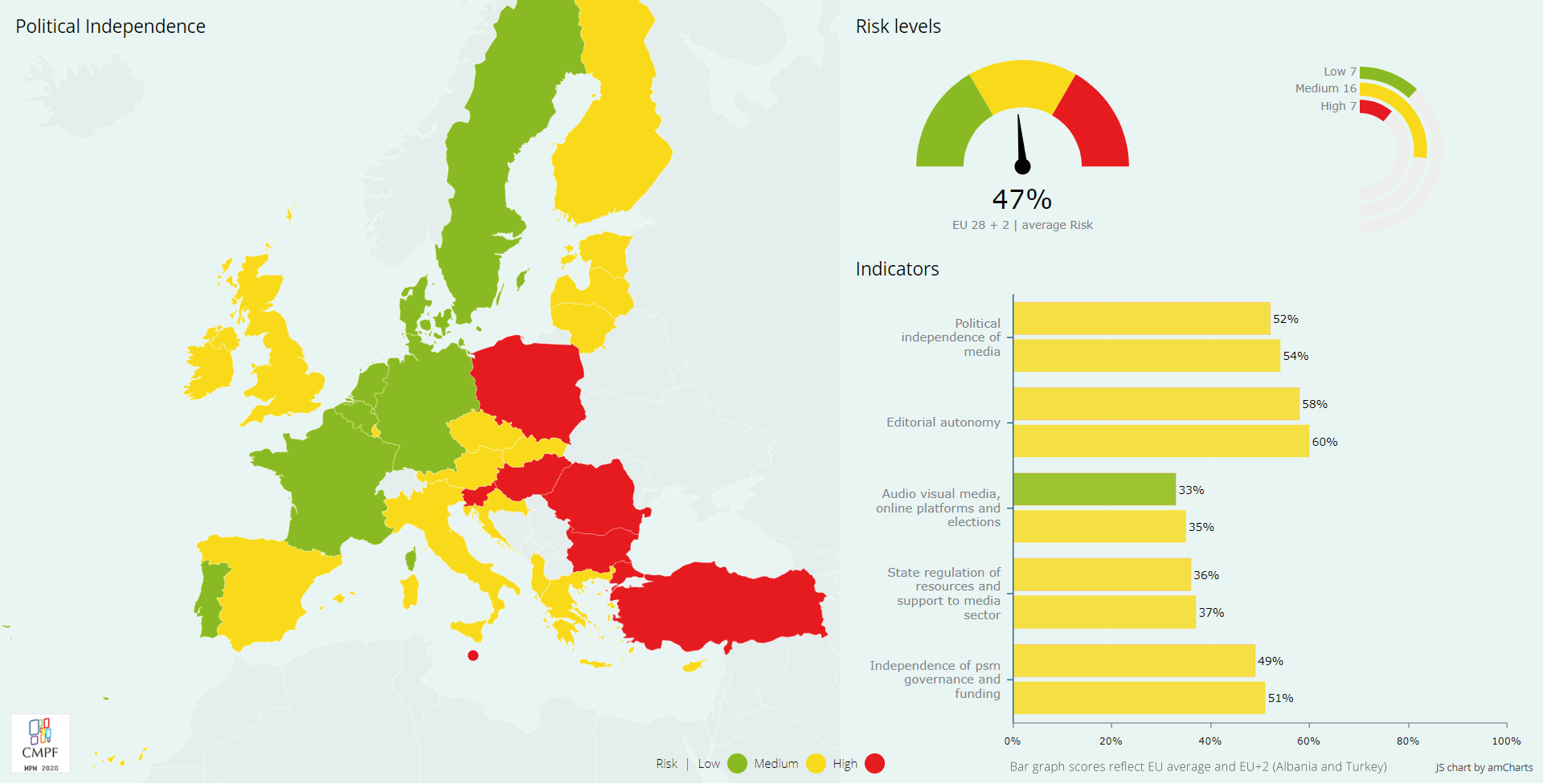 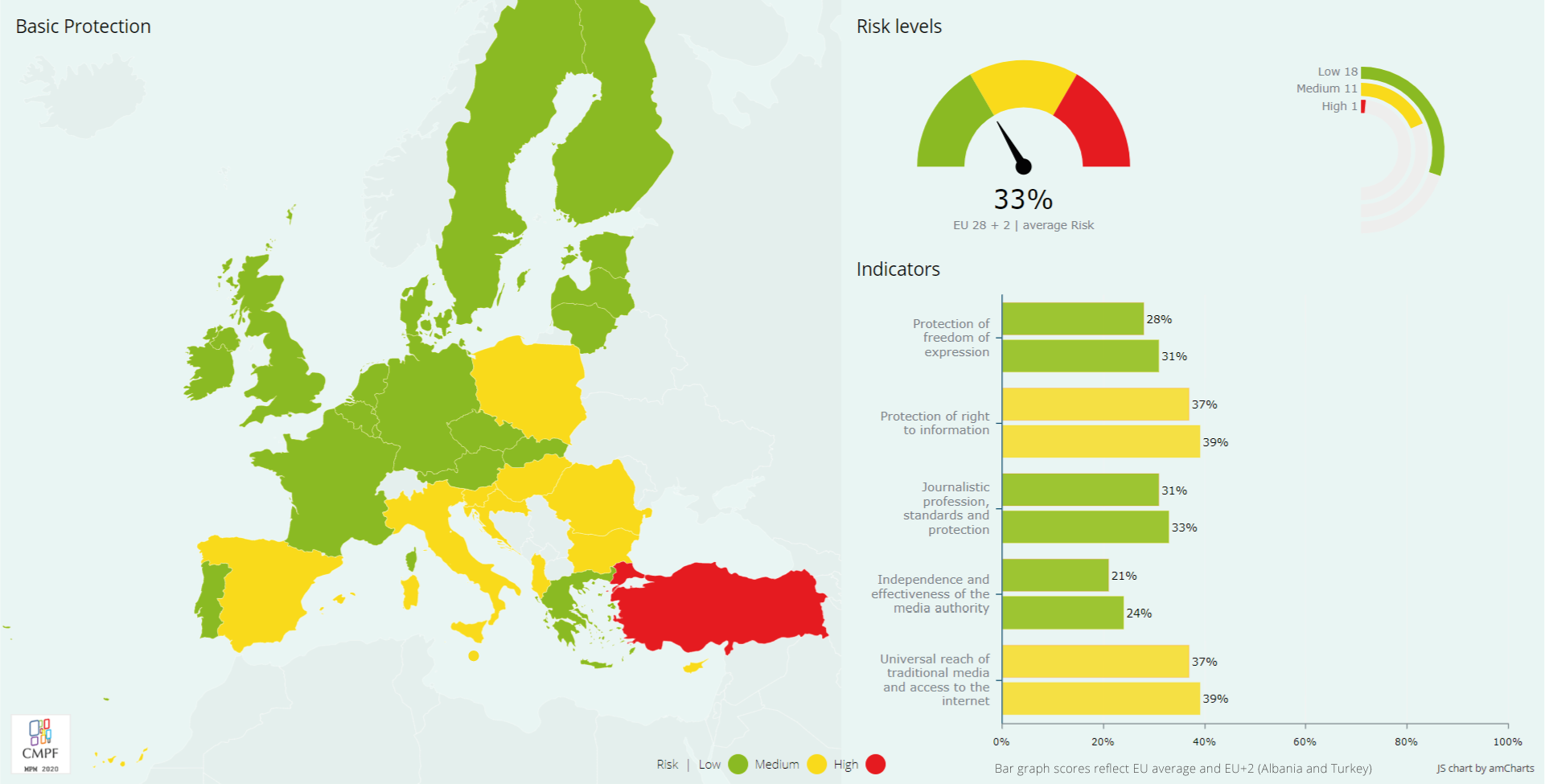 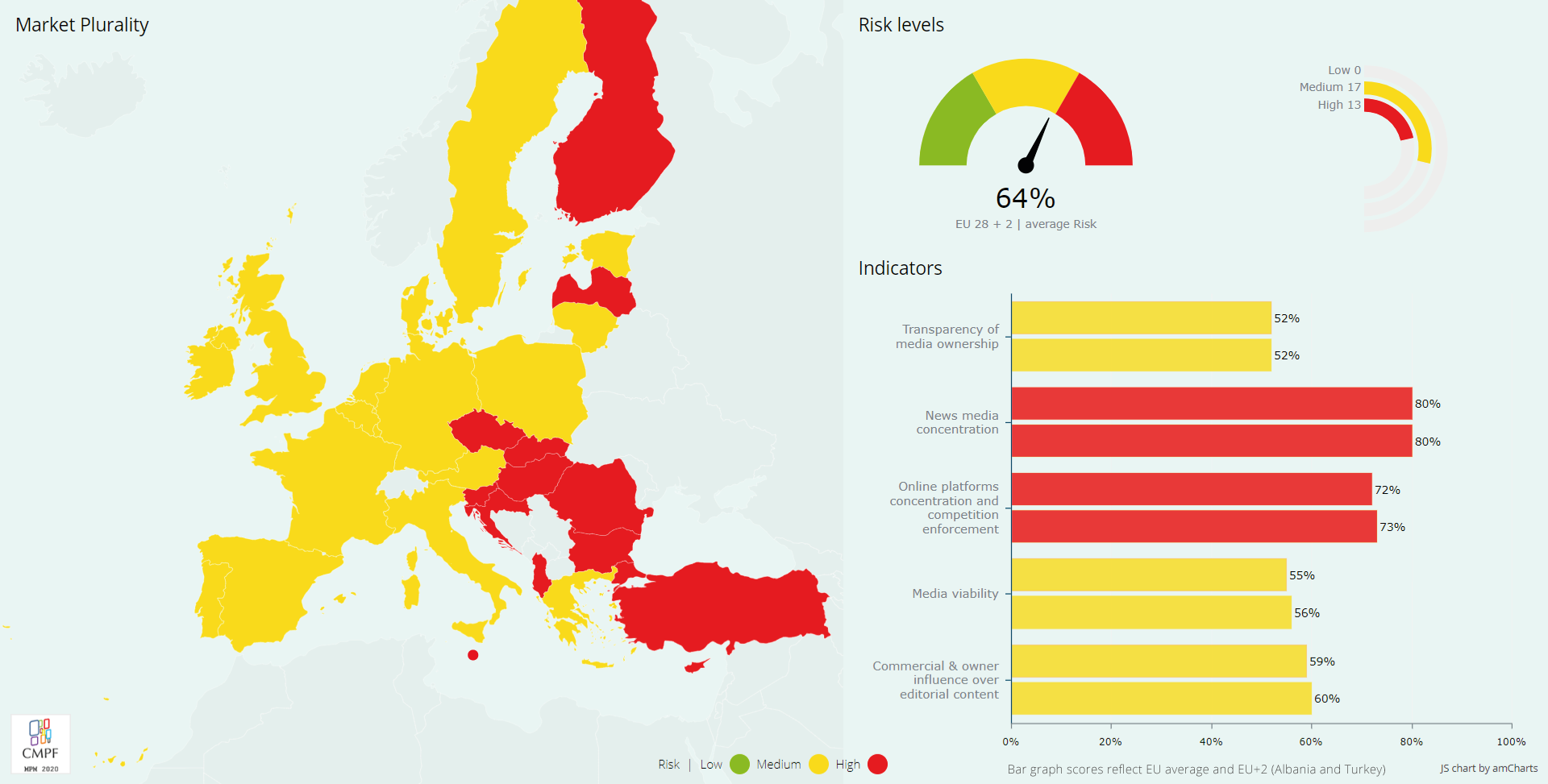 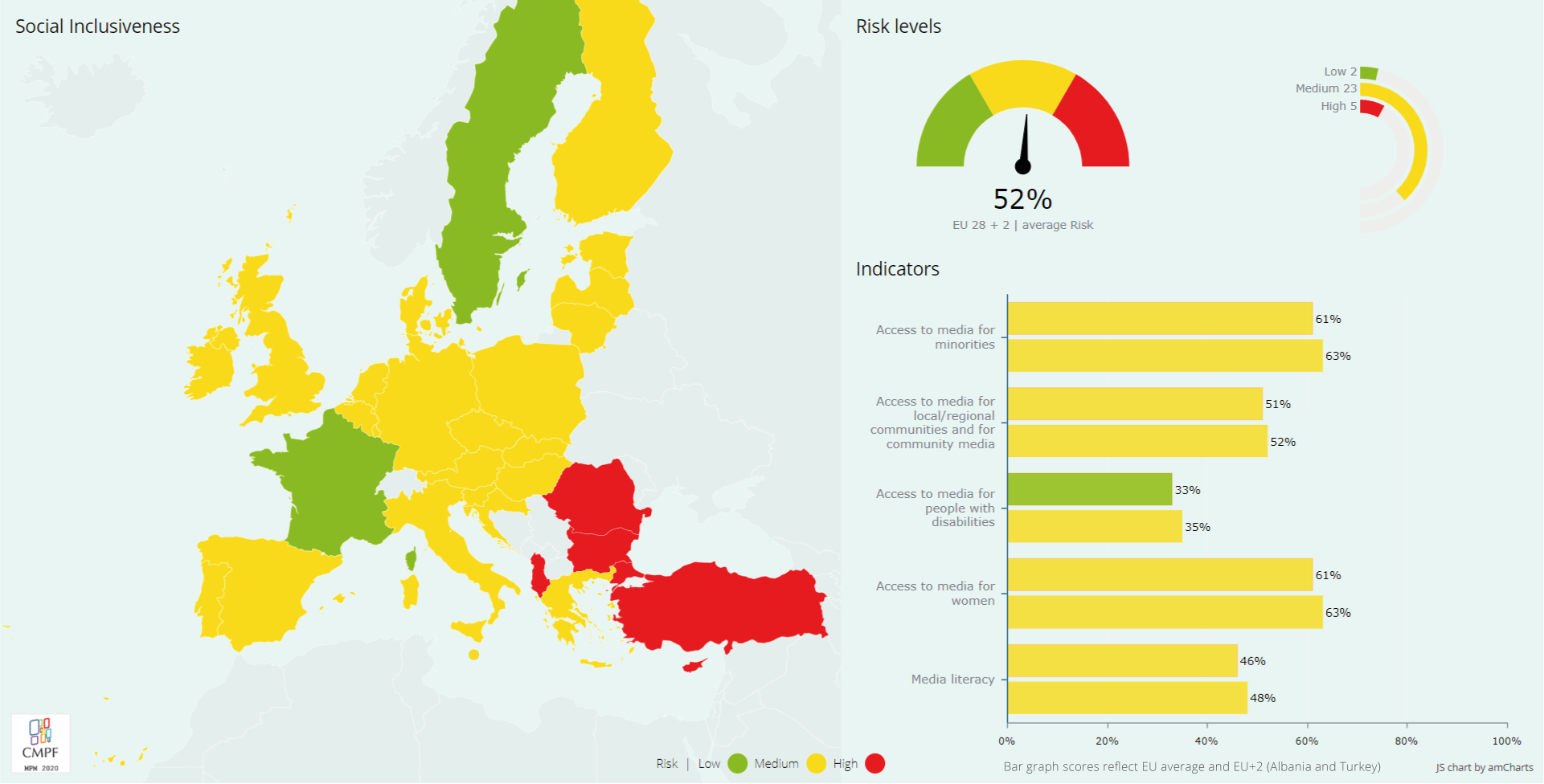