Call for papers for the Revista Media & Jornalismo on “Media & Populism” 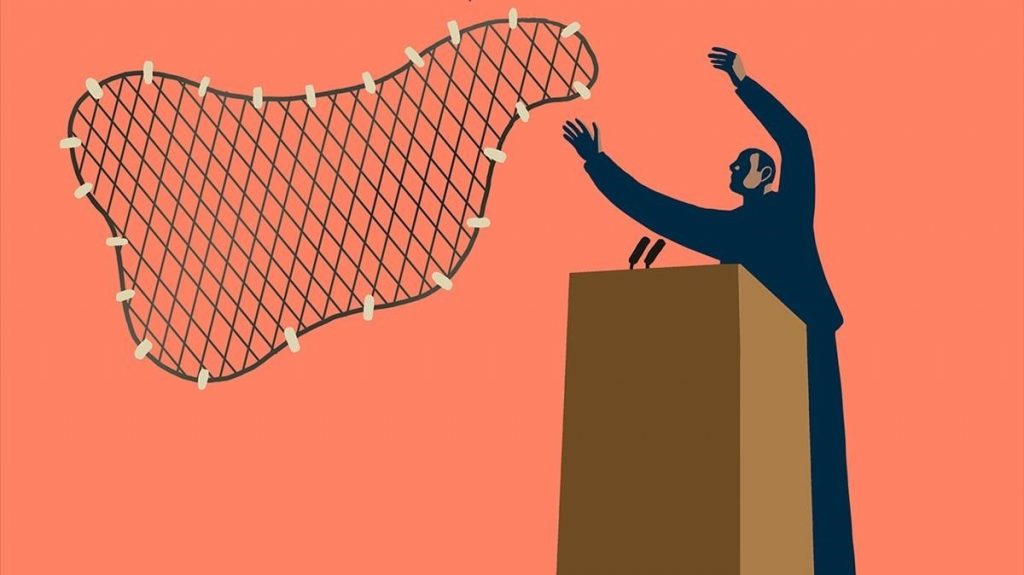 The “populist” label is almost always used to describe a wide range of individuals, parties, and movements, from left to right, who structure their political strategy around a dualistic and simplifying conception of reality. Concept of multiple semantic variations, depending on historical and political context in which it is employed, populism has been identified as a low-density ideology, quite sophisticated in terms of electoral effectiveness, which considers – in a Manichean perspective -society divided in two antagonistic groups: “the pure people” and “the corrupt elite” postulating the people’s unrestricted sovereignty. The populist assumes strategies of communication and rhetoric that value the perception of the existence of a monolithic people, whose identity would be threatened by the action of enemy groups -what some leaders call “Homeland enemies”. In this sense, populism is defined as discourse based on simplistic judgments and easy dichotomies, where the people (the crowd) are told what they hope to hear, polarizing society and dividing citizens between good and bad people.

Last decade we have witnessed the emergence of populist governments in several countries around the world, that threaten the rules of liberal democracy, especially regarding individual rights, freedom of expression and press. They are populist and authoritarian governments installed many times, based on the holding of free elections, followed by the attempt of constitutional changes, which aim to perpetuate the leaders in power and to condition civil and human rights. Contemporary populisms, or neopopulisms, seek to distort the notion of “volonté générale du people”, adulterating this democratic value, to attack, in the public sphere and through an anti-democratic rhetoric, instances of representation and mediation.  The preferred targets have been parliaments and courts, knowledge institutions, scientific communities, social and humanitarian movements, and the media themselves. Thus, modern authoritarian populisms, embodied by leaders who are or have recently left power, such as Donald Trump (United States), Jair Bolsonaro (Brazil), Recep Erdogan (Turkey), Viktor Orbán (Hungary), Rodrigo Duterte (Philippines), Matteo Salvini (Italy) and others, increase, or have increased an attitude of contesting democratic values and their institutions of mediation and regulation.

In this scenario, the mainstream and new media assume an evident centrality both in creating the conditions for the emergence of the populist phenomenon and in offering the ideal technological equipment for the popular leader to be able to establish a direct communication with the “people”.

Social networks (Twitter, Facebook, Instagram) and instant messaging applications (WhatsApp, Telegram) gave to populists’ great visibility in the public sphere from the dissemination of extremist and conspiracy theories. Examples of this situation are the profiles of ghost users and the “shots” of false, uncharacterized and or modified information, based on programming technologies mastery and data misappropriation. The networks strategy of populist leaders also involves the denounce of “bad information” disseminated by traditional media that oppose to populist theses, accusing them of factional and false makers of news. The traditional media, despite being permanently attacked by populist rhetoric, have a direct relationship with the phenomenon. In fact, they have contributed last decade, directly, to the naturalization of populist rhetoric, by giving visibility to the messages of these leaders in the media coverage. This journalistic discourse encouraged political conflict and the growing discredit of democratic institutions, as happened in contexts of journalistic corruption scandals coverage.

The relevance of the topic and its centrality in Communication Sciences in this debate leads the review Media & Jornalismo to invite researchers to submit articles that discuss the contemporary populisms. Texts in Portuguese, Spanish and English will be accepted, addressing, from multiple geographical and political contexts, and from political and communication understanding, this complex issue.

The Media and Populism volume is included in the ongoing Research Projects “Freedom of Expression and the Press – a comparative analysis of electoral processes in Portugal and Brazil” (OBCOM-USP/IPA/ICNOVA) and “Observatory of Populism in the 21st Century (ICNOVA, Institute of Contemporary History/UNL, Postgraduate Program in Communication/ University of Brasilia and Postgraduate Program in Communication/Federal University of Mato Grosso; Università degli Studi de Milão.

The volume accepts studies that address one or more of the following topics:

Revista Media & Jornalismo (RMJ) is a peer-reviewed journal that uses a double blind review process. After submission, each paper will be distributed to two reviewers, previously invited to evaluate it, in terms of its academic quality, originality and relevance to the objectives and scope of the theme chosen for the journal’s current issue. Articles can be submitted in English, Spanish or Portuguese.

Manuscripts must be submitted via the journal’s website (https://impactum-journals.uc.pt/mj). If you are accessing the RMJ for the first time, please register in order to submit your article. Please check the Conditions for submission and Instructions to authors: