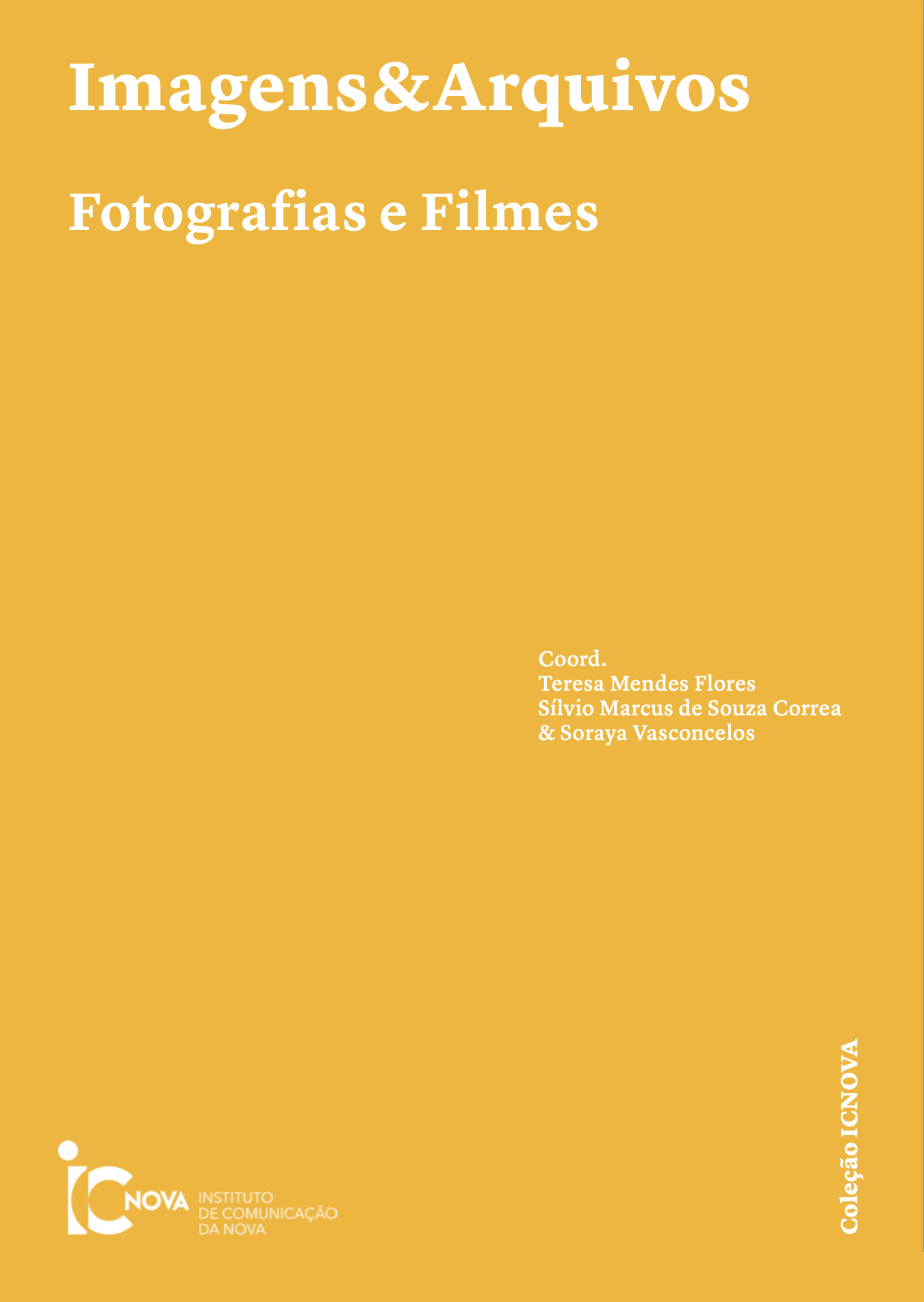 The book brings together texts and visual essays on various aspects of the relationship between photographic and filmic images and archives, private or public, with a varied academic and artistic approaches from different disciplines. The most common themes are archival thinking (John Tagg), the importance of materiality in the approaches to images and, in particular, in the processes of digitization of archives (Elizabeth Edwards) and various themes related to the history of visual culture of colonialism, with emphasis for the Portuguese case.

One of the first transversal themes is war: the images of conflicts and their modes of presentation and construction of public history and a visual public space (Ana Maria Maud), the spaces of memory about the Portuguese “colonial war”, created by sharing photos of Portuguese ex-combatants (Maria José Lobo Antunes and Daniel Barroca) and Angolans, in this case, seen by an Italian filmmaker (Giulia Strippoli). Somehow, a consequence of these stories, emerge the stories of the African diaspora told by the imagination of its current protagonists (Sofia Yala Rodrigues).

Other visual histories of colonialism are present in works on the historical paths of several images (Sílvio Marcus de Souza Correa), in the affirmation of anthropology as a colonial science (Marcus Oliveira), in photo albums in the border archives (Teresa Mendes Flores) and in travel albums (Marina Feldhues), in proposals for more complete and critical readings, as is the case, also, of the approaches to the film work of Ruy Cinatti in Timor (Maria do Carmo Piçarra), and to the works of contemporary artists Filipa César and Ângela Ferreira (Sara Castelo Branco). The problematic of the performing arts archive, with contemporary reactivations that, in various aspects, also cross colonial and post-colonial themes (Cláudia Madeira), the affirmative proposal of a sacred Senegalese architecture (Allen F. Roberts and Mary N. Roberts), and the visual testimonies of the ways of daily life in the city of Leiria, in the 60s, through the collection of the local photography studio Fotografia Fabião (Lara Portela and Nelson Melo) are just as many proposals.

Two works close the collection: a reflection on the disruptive potential of contemporary art, in a psychoanalytic reading (Ana Lúcia Mandelli de Marsillac and Anelise Hauschild Mondardo) that makes us think about memories, traumas and subjectivity; and the rhizomatic essay on the paradoxes of the archive with inspiration on the work by Ernesto de Sousa and Almada Negreiros (Francisca José). As this author writes: “We return to Arkhé, origin and beginning, to begin with. We find a constellation of meanings that we deconstruct and destroy in order to re-conceptualize the signifiers. And we start”.