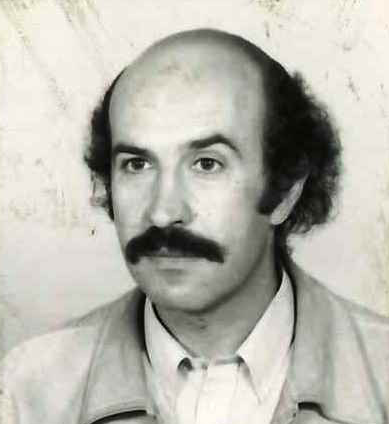 Upon the death of Professor Emídio Rosa de Oliveira, his colleague and friend, and fellow professor at the same department of NOVA’s Faculty of Social and Human Sciences, Adriano Duarte Rodrigues, wrote two short paragraphs “In Memoriam” with which we open this note:

“It is above all in the hour of misfortune, and particularly when we are confronted with liminal situations that leave us solitary and bereft, that the greatness of our humanity is revealed. It was this greatness that I discretely witnessed at a luncheon in which he revealed to me, with astonishing serenity, the fatal illness that would rob us of his company a few months later.

“Emídio lived intensely, without bending to the demands of convention, committed only to giving witness to his own choices. This was his testimony that so fascinated his students and that made his presence such a discreet and tolerant passage. Emidio was fascinated by the differences that make up the character of each one and that distinguish each of us and make us unique.

Years later, a former student of Emídio Rosa de Oliveira, Inês Pedrosa, who had already penned his obituary in JL-Jornal de Letras, Artes e Ideias, published in January 1994, recalled once more her former teacher, this time in a text entitled “Teachers” (Sol, 17 December 2013), with these words:

“Drained of more than half his life, in the last days of a particularly hard year, we enter the galaxy of weighing up; it is a quiet and serene galaxy, which always distracts us from the small and medium sized charlatans who try to to eat away at our work and our souls.

“The drama of the debate about teacher evaluation, with its advances and setbacks, and that ridiculous multiple-choice test that assesses little more than the speed of neural connections of teaching professionals, has led me to the radical subjectivity implicit in the definition of ‘good teacher’.

Learning is a relationship. The ability to transmit content is not universal, because each receptor is distinct. “My teacher most worthy of a film, the closest I had to the character of Peter Weir from the Dead Poets Society, was Emídio Rosa de Oliveira, professor of Semiotics at the New University of Lisbon. “He was passionate about teaching, highlighting relationships among all things in the world in a brilliant way.

But there were those students who were startled and intimidated by the whirlwind: “After all, what do we have to learn?” – they asked, at the end of each class.

“One shouldn’t have been able to complete a university degree while confining oneself within the narrow confines of the subject matter; but this was the reality of the 1980s, when the democratization of education exploded after almost half a century of dictatorial boycott of social mobility.”

These brief features give us a first glimpse of the person and the teacher, the vibrant man and the researcher in love with his subjects  – photography, painting, advertising, and with his disciplines and the students of the Department of Social Communication / Communication Science at FCSH, namely the disciplines of Semiology and Semiotics of the Visual Arts, throughout the 1980s and the early 1990.

Among other activities, between 1978 and 1993, he also regularly collaborated with the Calouste Gulbenkian Foundation’s Coloquio Artes magazine, edited by José Augusto França. There, he wrote particularly about art, painting and cinema, and, among others, about artists such as Helena Almeida, Rui Sanches, Manuel Amado, Gina Paine, David Hockney, Picasso, or João Mário Grilo’s O Processo do Rei. He also published in several newspapers, namely in the Jornal de Artes e Letras.