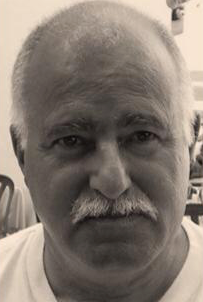 NOVA FCSH and ICNOVA (NOVA Communication Institute) are saddened to announce that Dr. Nelson Traquina passed away September 27th in Massachusetts, United States, where he had been living for several years. We would like to convey our most sincere condolences to his family, close friends, fellow researchers and former students, all of whom must share our intense feeling of loss.

Nelson Traquina was one of the most important and fruitful researchers in the field of Journalism in Portugal. We are indebted to him for contributions he made towards the formulation of a theory of news that helped to us understand why “news is as it is”, the subtitle of one of his books. (Journalism Theories, Volume I, 2004).

Investigation into Journalism in Portugal and Brazil are greatly indebted to the work of Nelson Traquina. He was the first Portuguese academic to systematize thought about the political structure of news as symbolic goods and to conceive of journalism not only as a professional practice but also a field for study and reflection. His numerous students, Portuguese and Brazilian, will always be grateful for the initiation into reading by seminal authors in the field of communication sciences, mostly unknown when Nelson Traquina began editing these collections and debating them at seminars as part of the Theory of News at the then-designated Master’s in Social Communication of the New University of Lisbon. The anthology Journalism: Questions, Theories, and Stories, 1993, quickly became a classic, as it featured 20 key authors including Philip Schlesinger, Stuart Hall, David Manning White, Gaye Tuchman, David Moloch and Marilyn Lester, Michael Shudson, Daniel Hallin and others. Several of these academics later came to NOVA FCSH to attend seminars and conferences organized by Professor Nelson Traquina.

In particular, we would like to highlight the various editions of the Media, Journalism and Democracy seminars organized by CIMJ, a pioneering research center in the field of media studies and journalism, founded by Nelson Traquina in 1997 and which has recently become ICNOVA upon a merger with CECL

With these heartfelt words, the Board and members of ICNOVA would like to pay fair tribute to a dedicated and esteemed teacher, a tireless creator and disseminator of science and knowledge, a pioneering researcher and a generous and remarkable man. NOVA FCSH’s Department of Communication Sciences and hundreds of others are all in his debt for the major contribution he made to their education as professionals and as human beings.

For those who were not lucky enough to know him closely, we leave here the words of two colleagues, Rogério Santos and Isabel Ferin, penned in tribute to Professor Nelson Traquina and quoted from Research on Media and Journalism (Isabel Ferin Cunha, Ana Cabrera, and Jorge Pedro Sousa eds.) which was published in 2012 and is available via open access http://www.labcom-ifp.ubi.pt/livro/90